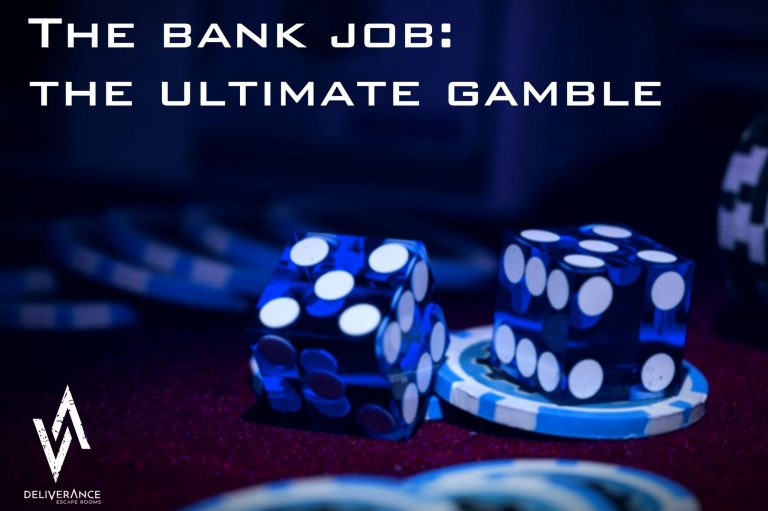 Feeling uncontrollable anger and guilt, Ralph could only see one possible solution to rectify the mess he had caused.   Through these games, Ralph had become associated with Vinny Gallows – a successful businessman by trade, however this wasn’t how Vinny had accumulated the majority of his wealth, as he also operated a notorious undercover gang on the side.

Given that he knew the bank’s security system inside out, Ralph had gone to Vinny with a proposal – break into the bank after hours, steal the contents of the vault, and split any earnings between them, whilst framing someone else for the crime.

We also offer a family version of The Bank Job: The Ultimate Gamble - this version adds in an additional jewel raid throughout the game to help keep children entertained!  If this may be of interest, simply select the 'Family' level when asked on the booking page.